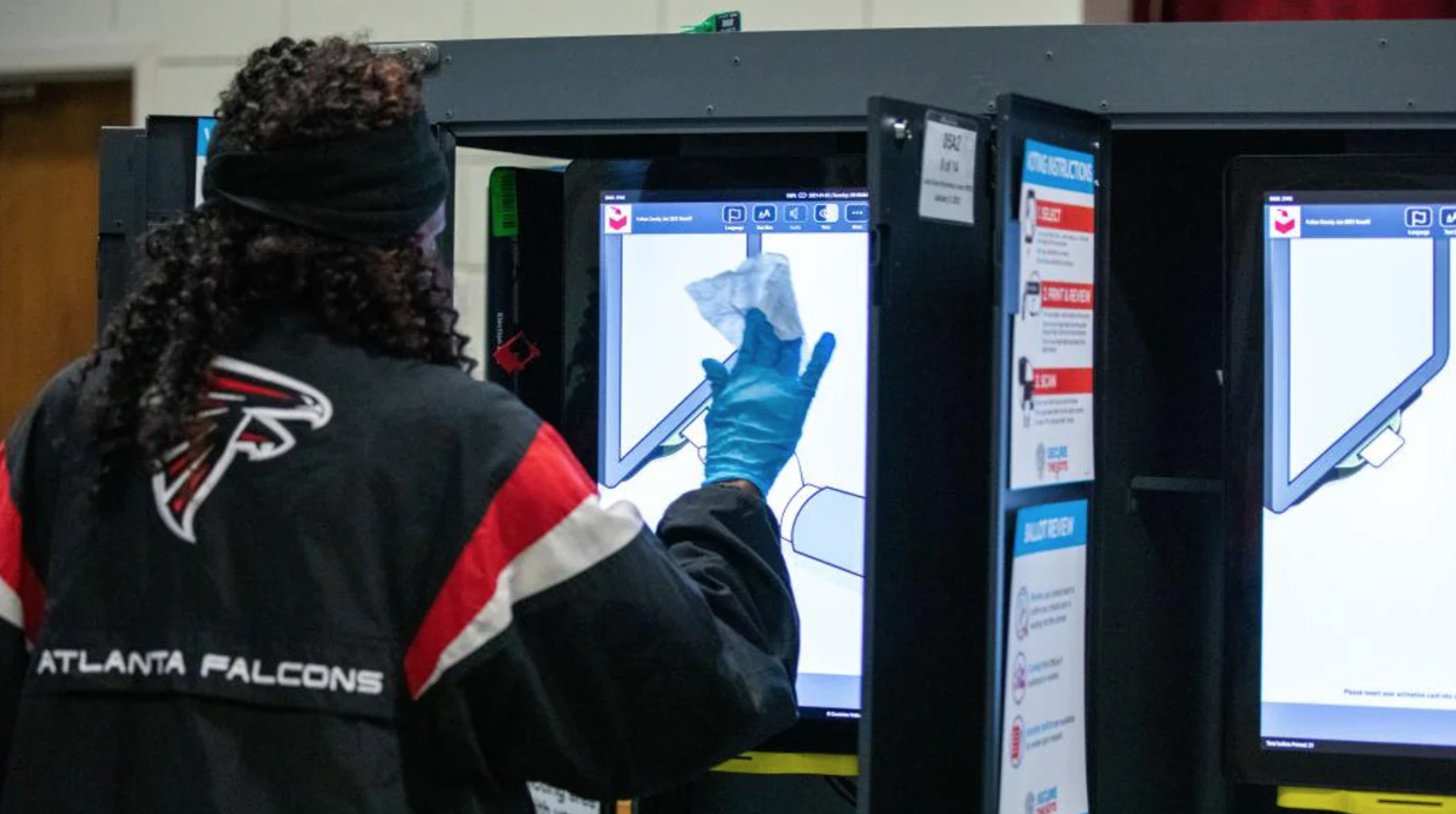 Georgia voting system implementation manager Gabriel Sterling reported the error on social media at 8:28 a.m. Tuesday, announcing that voting would continue on emergency handwritten ballots until the problem was resolved.

He said that the programming error had to do with security keys and poll worker cards for the voting machines. He indicated that law enforcement was working to deliver new keys and cards to the locations that were experiencing technical difficulties.

Some issues in Columbia Co. There was a programming error on security keys for some locations scanners & pollworker cards. Voting continues on backup emergency ballots. Newly programmed keys&cards are being taken to locations via law enforcement.

According to WRDW-TV, by 10 a.m. the problem was resolved and voters were able to use the voting machines again.

A poll manager for a voting location at Stevens Creek Church in Columbia County explained that poll workers are given a code that gives them access to the voting system at the start of Election Day. However, the code was wrong Tuesday morning. When there’s a problem, poll workers report the issue to the elections office, which will then work to reset the code and get the machines working again.

WRDW reported that the voting system currently in place in Georgia has been used for less than a year. When it works properly, voters receive a key card to activate the voting machine and then will use a touch screen to cast their ballots. The machine prints a paper ballot with their selections, which voters will review before taking the printed ballots to a scanning station where their votes will be recorded.

The programming error caused the key cards not to work, so voters were provided with written ballots to fill out by hand. The written ballots were inserted into a slotted lock box attached to the ballot scanner. The polling manager who spoke to WRDW said that election staff works very hard to protect those written ballots and ensure they are counted.

President Donald Trump commented on reports of the errors on Twitter, saying, “Ballots are being left in lock boxes, hopefully they count them.”

Reports are coming out of the 12th Congressional District of Georgia that Dominion Machines are not working in certain Republican Strongholds for over an hour. Ballots are being left in lock boxes, hopefully they count them. Thank you Congressman @RickAllen!