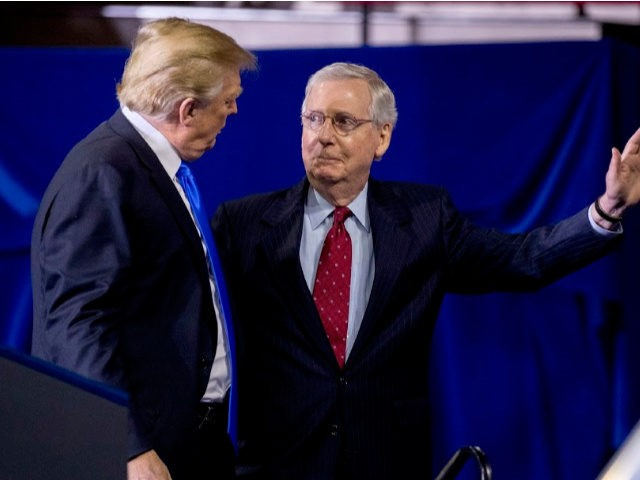 Senate Majority Leader Mitch McConnell (R-KY) said Wednesday that Congress certifying President Donald Trump as the winner of the 2020 presidential election would result in a “death spiral” for the United States.

McConnell made his remarks on the Senate floor as the upper chamber began debating an objection to the certification of Arizona’s electoral results.

“If this election were overturned by mere allegations from the losing side, our democracy would enter a death spiral,” he said. “We’d never see our country accept an election again.”

"The voters, the courts, and the states have all spoken. If we overrule them, it would damage our Republic forever." pic.twitter.com/7ocKoAwHhS

“We cannot simply declare ourselves a national board of elections on steroids. The voters, the courts, and the states have all spoken. They’ve all spoken. If we overrule them, it would damage our republic forever,” the Kentucky Republican added.

Congress is expected to certify President-elect Joe Biden as the winner of the presidential election — a move which will draw objections from around a dozen senators, including Josh Hawley (R-MO) and Ted Cruz (R-TX), as well as roughly 140 House members.

“I do not believe that the Founders of our country intended to invest the Vice President with unilateral authority to decide which electoral votes should be counted during the Joint Session of Congress, and no Vice President in American history has ever asserted such an authority,” Pence wrote in a statement.

“When the Joint Session of Congress convenes today, I will do my duty to see to it that we open the certificates of the Electors of the several states, we hear objections raised by Senators and Representatives, and we count the votes of the Electoral College for President and Vice President in a manner consistent with our Constitution, laws, and history,” he concluded. “So Help Me God.”

Prior to Pence’s statement, President Trump delivered a speech at the White House in which he called on Pence to act at the hearing to stop the Electoral College certification.

“Mike Pence I hope you’re going to stand up for the good of our Constitution and the good of our country and if you’re not, I’m going to be very disappointed in you, I will tell you right now,” the president stated.