Liberal Law Professor Warns Dems on Impeachment: ‘There Was No Call for Lawless Action’ from Trump 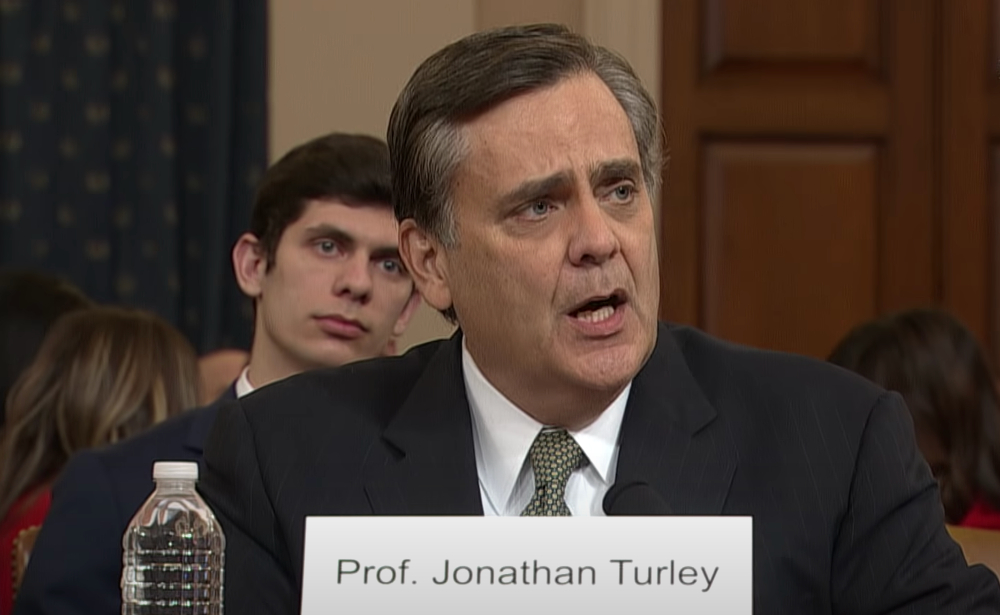 Democrats have destroyed so many norms and traditions in their endless pursuit of President Donald Trump that it shouldn’t surprise anyone they are trashing the Constitution and the rule of law in the process.

During the 2020 presidential election cycle, Democrats in key battleground states went around GOP-controlled state legislatures to unconstitutionally change their voting rules and procedures. And now congressional Democrats are preparing to impeach President Trump for the second time – for no legal reason whatsoever, and that’s according to a constitutional law professor who votes for Democrats.

“In seeking his removal for ‘incitement,’ Democrats would gut not only the impeachment standard but free speech, all in a mad rush to remove Trump just days before the end of his term,” Jonathan Turley wrote in The Hill.

Although the law professor took issue with Trump’s speech before supporters, as well as Republicans [sic] objections to certifying the electoral votes in Joe Biden’s favor, Turley said the president’s speech doesn’t “meet the definition of incitement under the U.S. criminal code.” In fact, Trump’s speech is deemed “protected speech” under the First Amendment, the professor noted.

Turley also pinpointed one thing Democrats fail to recognize: the President Trump never called for violence. He simply urged his supporters to march towards the Capitol, something that’s commonplace in Washington, D.C.

“Despite widespread, justified condemnation of his words, Trump never actually called for violence or a riot. Rather, he urged his supporters to march on the Capitol to express opposition to the certification of electoral votes and to support the challenges being made by some members of Congress. He expressly told his followers ‘to peacefully and patriotically make your voices heard,” Turley wrote.

He noted that the trashing of constitutional requirements and norms by Democrats will set dangerous precedents for future congresses:

There was no call for lawless action by Trump. Instead, there was a call for a protest at the Capitol. Moreover, violence was not imminent; the vast majority of the tens of thousands of protesters present were not violent before the march, and most did not riot inside the Capitol. Like many violent protests we have witnessed over the last four years, including Trump’s 2017 inauguration, the criminal conduct was carried out by a smaller group of instigators. Capitol police knew of the planned march but declined an offer of National Guard personnel because they did not view violence as likely.

… Democrats are now arguing something even more extreme as the basis for impeachment. Under their theory, any president could be removed for rhetoric deemed to have the “natural tendency” to encourage others to act in a riotous fashion. Even a call for supporters to protest peacefully would not be a defense. This standard would allow for a type of vicarious impeachment — attributing conduct of third parties to a president for the purposes of removal.

Only Democrats argue to Americans that they must destroy the Constitution in order to ‘protect’ it.