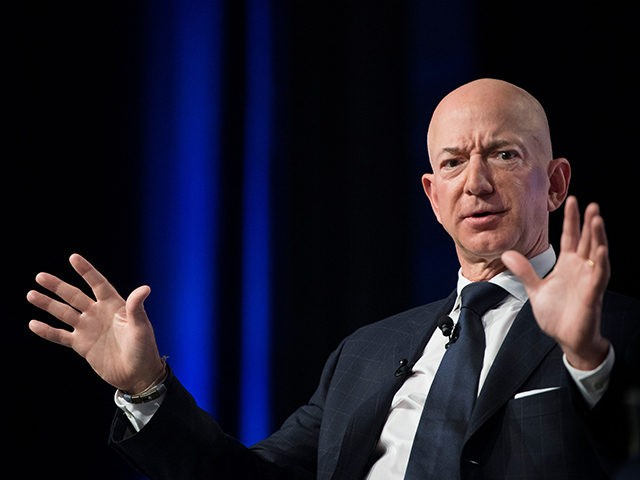 Parler is hitting back at Amazon with a lawsuit after the tech giant booted the social media platform off its web hosting service on Sunday. The lawsuit alleged that Amazon’s decision to drop Parler was “motivated by political animus.”

Parler filed a lawsuit on Monday accusing Amazon of violating antitrust laws when it removed the social media site from the web.

The lawsuit explains that Amazon Web Services (AWS) has signed a multi-year deal with Twitter, as well as Parler, “a conservative microblogging alternative and competitor to Twitter.”

“When Twitter announced two evenings ago that it was permanently banning President Trump from its platform, conservative users began to flee Twitter en masse for Parler,” the suit reads. “The exodus was so large that the next day, yesterday, Parler became the number one free app downloaded from Apple’s App Store.”

The lawsuit goes on to note that while AWS claimed it was booting Parler due to concerns it may “incite violence,” one of Twitter’s top trends on Friday night was “Hang Mike Pence,” and AWS “has no plans nor has it made any threats to suspend Twitter’s account.”

“Yet last evening, AWS announced that it would suspend Parler’s account,” the suit reads. “And it stated the reason for the suspension was that AWS was not confident Parler could properly police its platform regarding content that encourages or incites violence against others.”

“However, Friday night one of the top trending tweets on Twitter was ‘Hang Mike Pence.’ But AWS has no plans nor has it made any threats to suspend Twitter’s account,” the suit adds.

“It is also apparently designed to reduce competition in the microblogging services market to the benefit of Twitter,” the suit reads. “Thus, AWS is violating Section 1 of the Sherman Antitrust Act in combination with Defendant Twitter.”

“AWS is also breaching its contract with Parler, which requires AWS to provide Parler with a thirty-day notice before terminating service, rather than the less than thirty-hour notice AWS actually provided,” the suit adds. “Finally, AWS is committing intentional interference with prospective economic advantage given the millions of users expected to sign up in the near future.”

Therefore, Parler is asking for an emergency order to reject Amazon’s shutdown of its account, saying that shutting the site down “will kill Parler’s business — at the very time it is set to skyrocket.”

Following Twitter’s banning of the president, Google and Apple both banned Parler from their app stores — effectively excluded the app from Android and iPhone smartphones.

Following that motion by the two tech giants, Amazon swiftly moved in and booted Parler off its web hosting service, which knocked the platform offline on Sunday.