“I just don’t even know why there aren’t uprisings all over the country,” Pelosi said that year. 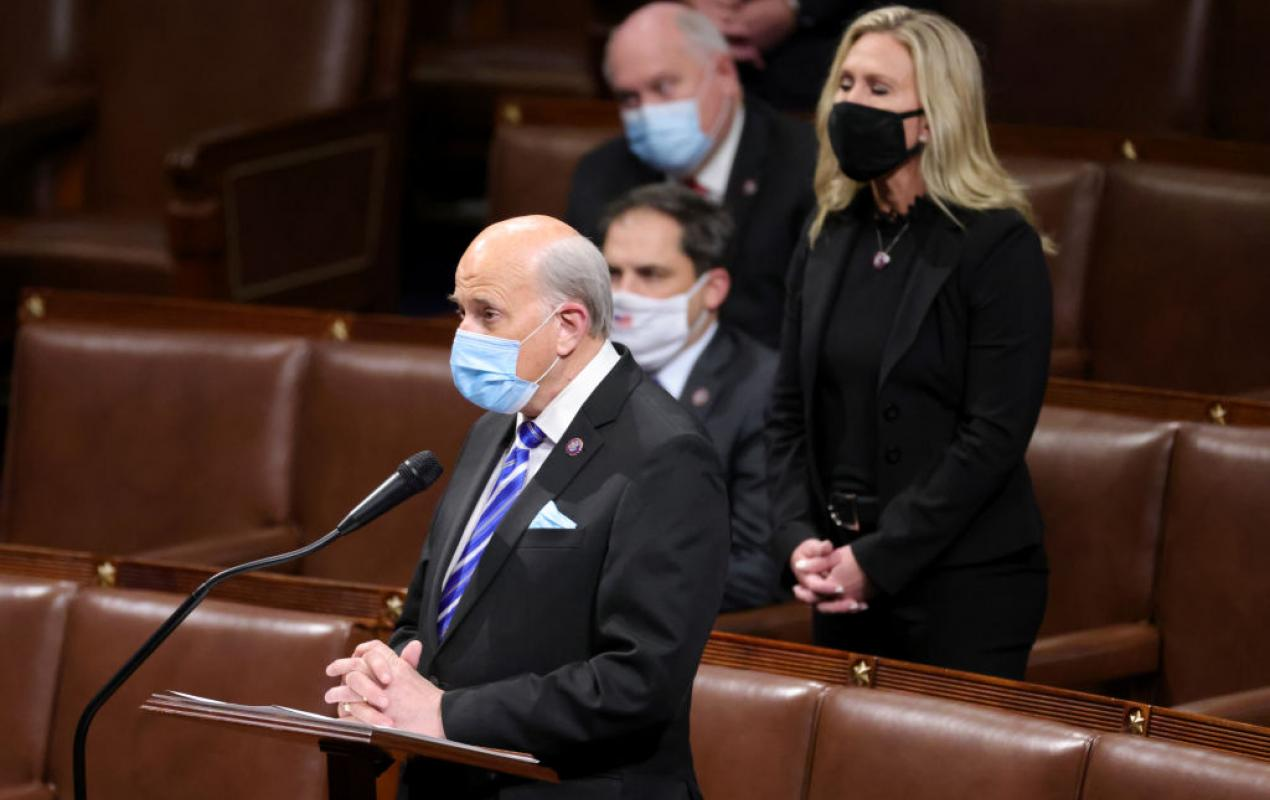 Republican Rep. Louie Gohmert stirred controversy online Wednesday for quoting remarks by House Speaker Nancy Pelosi from 2018 in which she appeared to endorse the prospect of “uprisings” across the country.

Gohmert made the remarks during the House hearing on impeaching President Donald Trump a second time, in this case for what his critics claim was incitement to riot prior to the deadly Capitol protest last week.

Gohmert when given the floor quoted verbatim remarks from Pelosi in response to the Trump administration’s child-migrant separation policy.

“I just don’t even know why there aren’t uprisings all over the country,” Pelosi was quoted as saying. “And maybe there will be, when people realize that this is a policy that [the Trump administration] defend[s].”

On Wednesday, Gohmert said of those remarks: “On our side, we didn’t take those to be impeachable, because we didn’t believe she surely meant that.”

Gohmert said something that has some on the left demanding he be arrested or kicked out of Congress, but it turns out he was just quoting Nancy Pelosi. pic.twitter.com/4wEwvBZbgT

Yet many commentators on social media apparently believed Gohmert himself was calling for uprisings instead of quoting remarks made originally by Pelosi.

Daily Beast editor Molly Jong-Fast appeared to believe that Gohmert was calling for “uprisings” rather than quoting Pelosi’s earlier comments on the matter.

Progressive activist Ezra Levin, meanwhile, called Gohmert “the id of the GOP caucus” due to what he mistakenly thought were Gohmert’s beliefs on uprisings.

Gohmert is the id of the GOP caucus. He just said on the House floor: "Here's a quote for ya, why aren't there more uprisings all over the country?"

And Yale lecturer and CNN analyst Asha Rangappa wrote: “Is Gohmer encouraging MORE ‘uprisings’??!? Did I hear that right??????????”