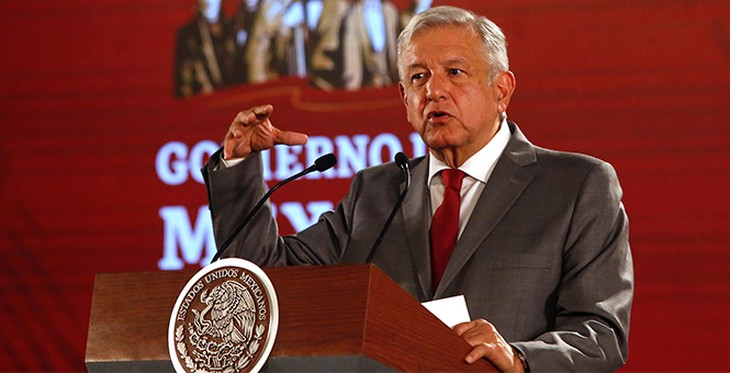 Nobody expected Mexico’s president to bring up the Spanish Inquisition, but he just did.

In a daily briefing on Thursday, President Andrés Manuel López Obrador vowed that “at the [next] G-20 meeting we have, I am going to make a proposal on this issue.”

“Yes, social media should not be used to incite violence and all that, but this cannot be used as a pretext to suspend freedom of expression,” Obrador said, adding: “How can a company act as if it was all powerful, omnipotent, as a sort of Spanish Inquisition on what is expressed?”

He has a good point. We’re not quite there yet but given some time, we may be. Along with Big Tech’s proactive censorship of actual news voters needed to know about Joe Biden’s China connections heading into a presidential election, we have Democrats such as Rep. Alexandra Ocasio-Cortez calling for a federal oversight to “rein in” (her words) media that publishes anything she doesn’t agree with.

Someone’s power has already gone to her head, where it’s probably quite lonely. Anyhow, that’s not how America works. This is.

Even more menacing, AOC last week proposed what sounds an awful lot like an invasion of the red states to “liberate” us.

We don’t need “liberating” and don’t dare try it. We’re the states that by and large stayed open during the pandemic while AOC’s party locked theirs down. Americans are choosing to leave AOC’s state and others like it for the very ones she would “liberate” and “reeducate.”

It’s tempting to just laugh her off. AOC is a dimwit who isn’t currently the leader of her party. But the Democrat leadership is geriatric while she’s 30. They’re in their sunset years while she’s just getting started. Biden is 78, Pelosi is 80, Jim Clyburn is 80, Schumer is a relatively youthful 70 — and AOC is reportedly considering primarying him to grab more power for the very hard and, if we’re to take her comments at all seriously, invasive left. Democrats are doing nothing to slow her down, and the millennial media gives her free airtime with no criticism of her extremism. None of this is good.

If AOC and her fellow social justice warriors take over the party, then the Social Justice Inquisition may commence.