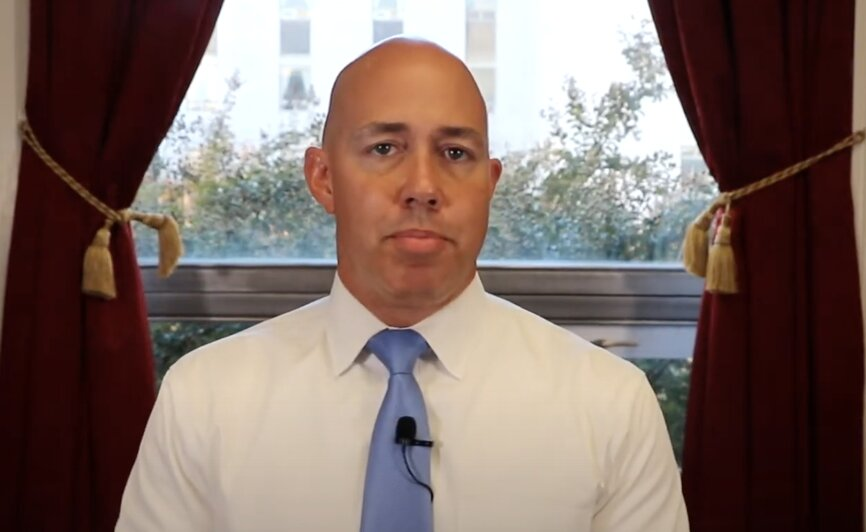 On Wednesday afternoon, far-left CNN host Jake Tapper decided to slander a GOP war veteran who lost both of his legs in combat fighting for our country.

“What you’re saying is relevant because Congressman Brian Mast, a Republican from Florida, who lost his legs, by the way, fighting for democracy abroad, although I don’t know about his commitment to it here in the United States,” Tapper said while Congress debated the impeachment witch hunt.

Yes, you heard that right. Jake Tapper has never served a day in his life, yet he feels he has the right to question the patriotism of a war hero.

Take a look at his disgusting remarks below:

Thankfully, Mast responded with fire and fury on Twitter.

I lost two legs for @jaketapper's right to say whatever the hell he wants, but that free speech also protects the Republicans he is so eager to condemn for asking Constitutional questions about the election. https://t.co/ViNrwz9cbU

I lost two legs for Jake Tapper’s right to say whatever the hell he wants,” Mast began.

“But that free speech also protects the Republicans he is so eager to condemn for asking Constitutional questions about the election,” he added.

“You’re a hero for your service and I’m grateful, as I’ve said before. And yes i question the commitment to democracy of anyone who spread election lies, signed onto that deranged TX AG lawsuit, and voted to commit sedition. You were not just asking questions,” Tapper responded on Twitter.

This is not really acceptable language. It suggests that political disagreement is equivalent to sedition.🔻https://t.co/7BbSQPfvb4